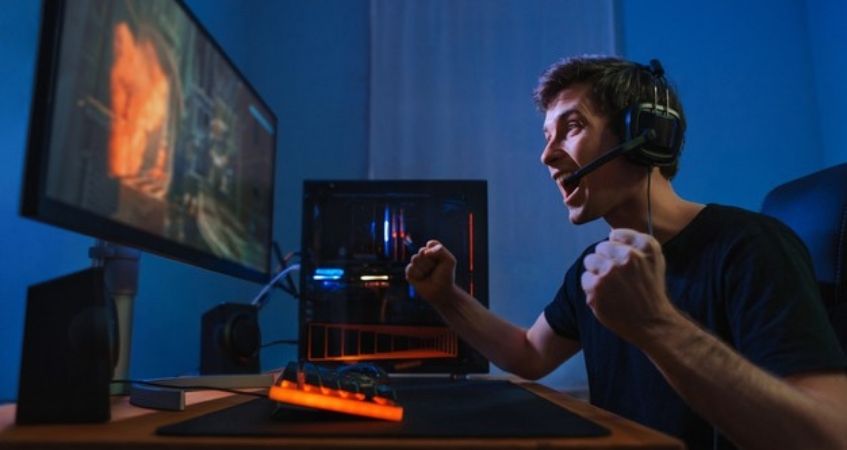 We will talk about the video game sector that have now emerged from the mere sphere of play. A real economic ecosystem is being built around them that will allow the birth of new business models and give a strong boost to research and technological innovation.

The video game sector in recent years, thanks to the pervasive spread of digitalization in daily life, has seen a significant increase in turnover, and the term eSport has now surpassed the boundaries of pure gaming.

The word eSport indicates a professional level video game competition, in which teams compete in strategic titles, especially driving simulations and football simulations. Generally the most important titles in the world feature year-round championships (national or international) culminating in a big final event. For example, the League of Legends final (one of the most popular video games in the world, of the MOBA type, acronym for Multiplayer Online Battle Arena), held in Paris in November 2019, had more spectators than the American Super Bowl, attracting investments not only from software houses but also from some of the most famous brands (just think that the case containing the trophy was made by Louis Vuitton).

194 million people watched eSports events during 2020, with an average age that in 79% of cases does not exceed 35 years.

The growing interest in this area has also made it possible to create new professional figures: alongside professional players, real companies have been created consisting of CEOs, coaches, athletic trainers, analysts, lawyers, reporters. Staying on the football theme, several clubs in Europe have their own eSports team, and all the most important leagues of the Old Continent have the digital counterpart.

In the business area, numerous brands have begun to explore the infinite possibilities that the gaming world offers in terms of investments and sponsorships, in order to diversify their activities and reach a generally very young audience who tend to be unreceptive to traditional channels (shops physicists, television).

Clearly, the concept of gaming that today is declined in eSports has always been linked to technological innovation. From the cabinets of the 80s and 90s we have passed to the domain of consoles and PC games; moreover, in recent years important trends have been emerging such as cloud gaming, ie the possibility of using “digital” titles without acquiring the physical copy, and mobile gaming. The various evolutions are the result of research and development in electronics and software, in order to create increasingly high-performance processors and graphics cards capable of supporting extremely high frame rates.

Emblematic is the case of Intel which, in the wake of a tradition that has lasted for 15 years, accompanies players with technological innovations ranging from the CPU (central processing unit) to GPU (graphics processing unit) and memory. We must not forget the increasingly massive use of artificial intelligence and machine learning for a realistic rendering of video games, in addition to the use of new technologies such as virtual reality and augmented reality capable of providing new sensory experiences to users.

Considering how these issues are a fundamental part of the Transition Plan 4.0, it is clear that entering the world of eSports can represent a valid strategy for diversifying investments for companies, also in light of the strong economic imbalances that have emerged in recent months.

Our supporter bookie.best - your source of betting operators and reviews.